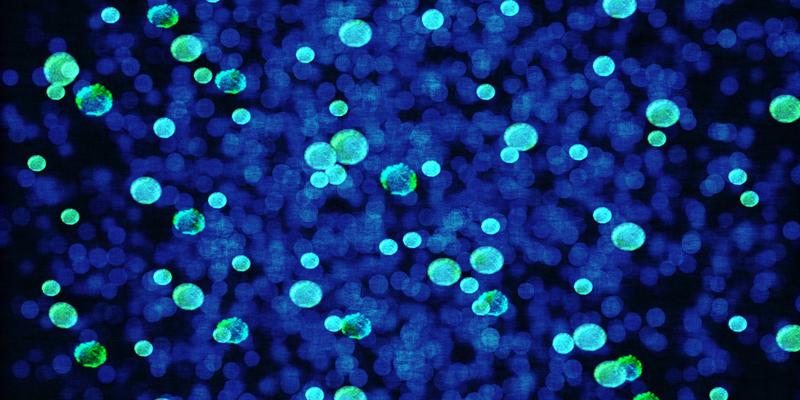 The method described is applicable to the detection and monitoring of microparticles, their various associations and aggregates of different shapes and sizes, such as microorganisms and other organic and inorganic particles in suspension, capable of absorbing and/or emitting radiation of different wavelengths. Importantly, this non-invasive method allows for the conservation of the properties of individual elements and whole populations of microparticles to be maintained in suspension, in either a liquid or  gaseous phase, by creating a steady low turbulence stream, allowing them to pass into the detection area as averaged populations.

Advantages of the method

An exceptional advantage of this method is the ability to determine the number, structure, shape and composition of microparticles, their aggregations and assemblies by a non-invasive methodology. The method uses pulse-induced high frequency illumination to track the changes in properties and their states in real time.

This is the only known method for simultaneously obtaining the above information, without interference with the structure of the associations, which makes it possible to make a low-cost micro-particle detection device based on these principles.

The patent is applicable for specific tracing in many areas of particle detection in a particular system.

Production of materials – in the control of the homogeneity and behavior / activity of various microparticles in suspension, sensing by laser technologies;

Scientific research in all the fields described above.

More information is available in the attached PDF file.

Get in touch with us

Solutions to your challenges

We use cookies to help the site run more smoothly. These cookies do not store personal data. Some cookies may already have been installed in accordance with the requirements of law. By continuing to use the site, you agree to the use of cookies. More on cookies

Would you like to be kept up-to-date on our new technologies?